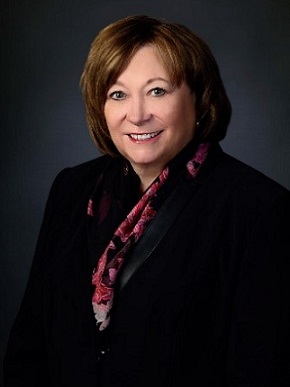 Lieutenant General (Ret) Susan Lawrence (’79), a leader in defense information technology and communications systems, works with Accenture Federal Services (AFS) as a managing director in its national security practice. Lawrence joined AFS from Booz Allen Hamilton, where she was a senior vice president in the Defense Market Group, helping lead business initiatives in the defense and security markets. She earned a bachelor of science degree in psychology from Campbell University, as well as a master’s degree in information systems management from the University of Georgia and an honorary doctorate in science from Dakota State University.

At AFS, Lawrence is responsible for supporting clients in developing and executing technology transformation and mission-support strategies that are designed to deter, deflect and defeat today’s evolving threats. She brings extensive knowledge and experience in new communications and wireless systems, electronic platforms and advanced technology. As the Army’s CIO/G-6, Lawrence managed the defense enterprise systems, IT infrastructure, Command & Control (C4) solutions and advanced technology used by the military warfighter and the supporting civilian workforce. Additionally, she helped develop the U.S. Army Cyber Command and worked directly with senior staff members – including the Secretary of the Army and the Chief of Staff of the Army – to reduce costs and improve the effectiveness of cyber and other IT solutions. Lawrence also served as the commanding general for the Army’s Network Enterprise Technology Command (NETCOM), where her responsibilities included overseeing the army C4 and Enterprise IT functions. During her extensive career in the Army, she had operational assignments in Europe, South Korea, Southwest Asia, the United States, and led network, C4 and IT functions during military operations in Iraq and Afghanistan. 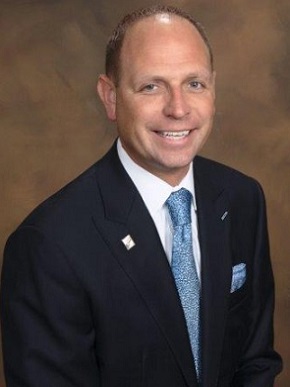 Gene Lewis is a 1994 graduate of Campbell University’s Lundy- Fetterman School of Business. His professional career spans over 24 years in the trust and wealth management industry with First Citizens Bank & Trust Company. He currently serves as the managing director of trust & fiduciary services for First Citizens, overseeing all fiduciary activities within their 18 state footprint.

The Monroe, NC native earned his bachelor of business administration degree in Trust Management, with a minor in Financial Planning. He went on to complete the American Bankers Association’s National Graduate Trust School at Northwestern University. Additionally, Lewis holds the titles of Certified Retirement Plan Advisor, Investment Advisor & Principal through FINRA and the SEC.

Lewis currently serves on the Lundy-Fetterman School of Business’ Advisory Council and is an active member of the Trust Education
Foundation’s Executive Committee, where he previously held the title of chairman. Students today benefit from scholarships funded by the Foundation during Lewis’ tenure on the Executive Committee. Additionally, he has been instrumental in helping numerous graduates from Campbell’s Trust Wealth Management degree program find employment after graduation. He is also significantly involved in the Harnett County community, where he currently serves as a trustee and member of the Executive Committee for the
Harnett Health Systems.

Lewis and his wife Patricia (’90) currently reside in Angier. 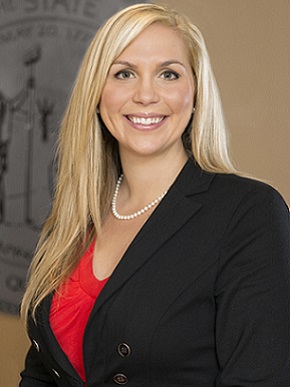 Kimberly Miller, a 2007 graduate of Campbell University’s Norman Adrian Wiggins School of Law, is a trial lawyer at the law firm of Owens & Miller in Raleigh. Her practice is limited to representation of plaintiffs in the litigation of injury claims, including auto torts, commercial vehicle collisions, wrongful death, and premises liability. Prior to forming Owens & Miller in 2011 with her law partner, William Owens, Miller was a trial attorney in the personal injury division of a larger statewide injury law firm based in Raleigh.

In addition to litigating cases throughout the state, Miller has tried jury trials to verdict across central North Carolina, including Wake, Durham, Harnett, Johnston, and Cumberland counties. Miller maintains an AV Rating by Martindale Hubbell and was selected to the 2017 and 2018 Super Lawyers lists in Super Lawyers Magazine. From 2013 until 2016, she was included in a “Rising Star” list in Super Lawyers Magazine. Miller was an honoree of the 2012 Women of Justice Rising Star Award given by NC Lawyers Weekly and is the current editor of the NCAJ North Carolina Complaints Manual. Miller is a member of the Million Dollar Advocates Forum, which has membership limited to attorneys who have obtained million
dollar verdicts, awards or settlements. She is active in the local Wake County Bar, NCAJ and the Norman Adrian Wiggins School of Law, where she serves as the chair of the Campbell Law Alumni Association Board of Directors.

Miller and her husband Jason, also an attorney, live in Raleigh with their two children, Sicilia and Kesler.

For more information on our Alumni Recognition programs visit alumni.campbell.edu/alumni-recognition.